Super members suffered sharp declines in December 2018, pushing many into negative territory for the year, with the likelihood of further losses over coming months as market volatility and political risk continue to challenge the outlook.

The latest data from superannuation research house SuperRatings, reveals major fund categories all suffered declines in December 2018, contributing to an already horror fourth quarter. The median return for the Balanced option in December was -1.2 percent, contributing to a loss of nearly 5 percent for the quarter (-4.7%) but keeping members just above water for the year, with a gain of 0.6 percent. 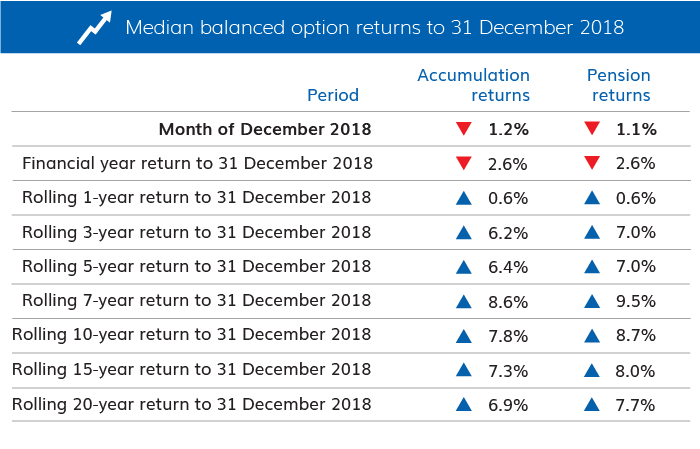 SuperRatings Executive Director Kirby Rappell believes the latest data will be a cause for concern for many super members but argues it’s important to keep a long-term perspective.  “For many super members 2018 will be remembered as a turning point”, said Mr Rappell. “Volatility is likely to be a feature of markets over the coming months and members can expect ongoing fluctuation in returns”. “However, it’s important to keep a long-term perspective and recognise that super returns have been overwhelmingly positive over the last decade.” 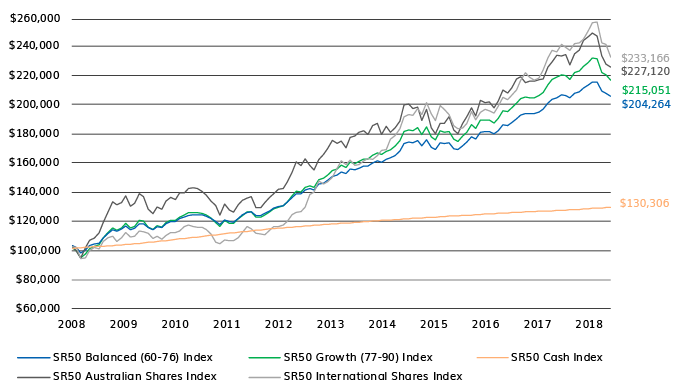 As we enter a more challenging investment environment, the importance of reviewing your superannuation fund to ensure it is in line with your retirement objectives is paramount. 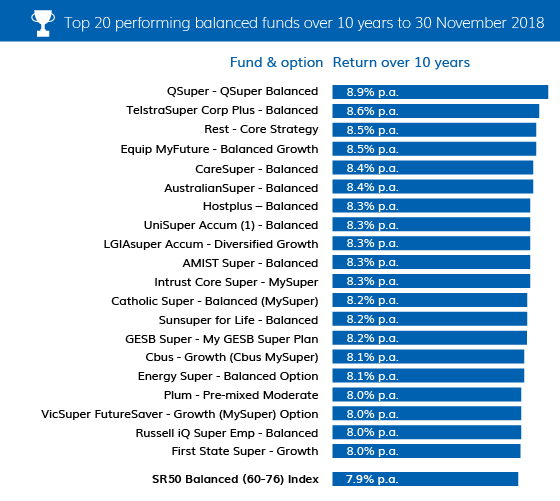