Super funds have emerged from the recent market downturn in top shape, recovering from a string of losses suffered in late 2018 as investors regained confidence and share markets were bolstered by a generally positive earnings season.

This contrasts with performance at the end of 2018, which saw super funds hit by four consecutive months of negative returns. Following February’s performance, members invested in the median Balanced option are now fully recovered from last year’s market sell-off.

“Markets have generally reacted favourably to the recent round of earnings in Australia and the US, while trade tensions have eased and central banks have backed away from further tightening. But most participants expect volatility to return in the near future, meaning funds must remain focused on long-term performance.” 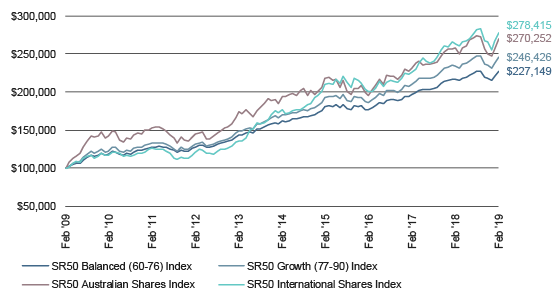 Australia’s top-performing funds continue to deliver for members, with TelstraSuper’s top-ranking balanced option returning 9.7% per annum over the past 10 years, followed closely by industry funds QSuper and UniSuper. 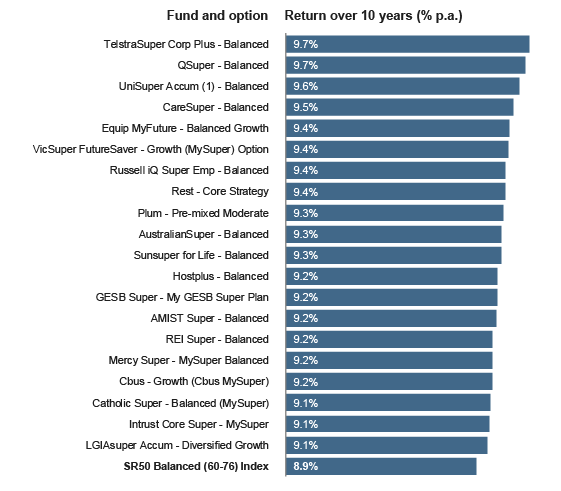 The rankings show how tight competition is among Australia’s leading funds when it comes to long-term performance. Mr Rappell said the results highlight the need to ensure members continue to have a wide range of high-performing funds to choose from.

“If you look at the top 20 performing super funds, each of them have achieved an average return of over 9.0% per annum over 10 years,” said Mr Rappell. “Over time it is common to see movement up and down within the rankings, and this is good for members because it shows there is competition within the sector.”