News & Insights
Teaming up for the members’ best interests 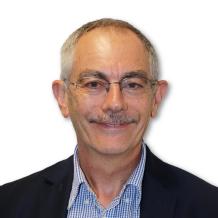 Back in the 1980s, the administration of the newly-created Australian Football League (AFL) believed that eleven Victorian clubs were unsustainable in a national competition. Victorian clubs, many of which were in a poor financial state, were offered incentive packages of up to $6 million to merge. One of the proposed mergers was to have been between Fitzroy and Footscray in 1989, but Footscray members rallied to raise enough money to retain their Club as a separate identity, and Fitzroy eventually relocated to Queensland in 1996 to transform the Brisbane Bears into the Brisbane Lions.

What does this have to do with Superannuation?

On 4 April 2019, APRA (the Australian Prudential Regulation Authority) issued a media release, quoting Deputy Chair Helen Rowell: ‘In some instances, acting in the best interests of members will require underperforming funds to merge or exit the industry. If trustees and trustee directors are not willing or able to meet their best interests duties to members, they should be prepared to face serious consequences.’.

The catalyst for this media release was the passing of new legislation granting APRA stronger powers to take action against the trustees of underperforming superannuation funds.  The Treasury Laws Amendment legislation requires trustees to conduct an annual Outcomes Assessment against a series of prescribed benchmarks, covering all of their fund’s MySuper and Choice superannuation product options, and enhances APRA’s power to refuse, or to cancel, a MySuper authorisation.

Previously, APRA had been pushing for more super fund mergers, based on the earlier ‘scale test’, which many in the industry argued focused unfairly on ‘sub-scale’ funds, some of which were delivering perfectly satisfactory returns and services to their members.   In her Opening Statement to the House of Representatives Standing Committee on Economics on 10 October 2017, Helen Rowell stated that ‘The metrics considered under the existing scale test are insufficient to indicate whether a trustee is promoting the financial interests of, and providing quality, value-for-money outcomes for, fund members’.

Just as the AFL has made numerous, almost annual changes to the rules governing the world’s oldest major football code, Prudential Standard SPS 515 has gone through multiple revisions in this tumultuous environment, with the latest draft version bearing little resemblance to the original.

In the first version released in December 2017, strategic and business planning and member outcomes were contained in separate prudential standards. The strategic planning requirements sat rather unwieldy as part of the prudential standard on risk management.  The member outcomes requirements appeared to be somewhat more business operations focused, requiring funds to design a member Outcomes Assessment by segmenting its business so that ‘all parts of its business operations… are captured; and the assessment considers the outcomes provided to beneficiaries in each segment’. The way to assess each outcome was also unnecessarily rigid, requiring assessment with reference to both ‘objective benchmarks and targets, both internal and external’ and ‘outcomes provided to beneficiaries of other [funds]’.

It was pleasing to see that the December 2018 version of SPS 515 fixed both of the above issues.  Strategic planning and member outcomes requirements were amalgamated into the same prudential standard. Outcomes Assessments became member cohort-focused and there was no longer an explicit requirement to compare every single outcome metric to other funds. This version of SPS 515 was much more logically structured, and also struck a better balance between being prescriptive and permitting flexibility for funds to determine their own member outcomes assessment framework to suit their particular circumstances.

However, the passage of legislation to require an annual Outcomes Assessment under the SIS Act in early April 2019 necessitated further revisions to SPS 515.  The legislated requirements are more prescriptive, requiring comparison of a fund’s MySuper products to other MySuper products offered by other funds. For Choice products, funds are required to determine comparable Choice products for comparison purposes.

On 30 April, APRA issued the revised SPS 515 for industry consultation. The revised SPS 515 introduced a new ‘business performance review’ requirement that covers both monitoring of business plans and the Outcomes Assessment. The Outcomes Assessment encompasses two parts, the outcomes assessment as required under SIS and outcomes achieved for different cohorts of beneficiaries.

It is not immediately clear what specific outcomes are envisaged to be covered in the latter, nor is it clear whether APRA requires assessment by cohorts to apply to the Outcomes Assessment under SIS. Additionally, APRA requires funds to specify relative weights to different areas in making an overall assessment. As APRA issued only the revised Prudential Standard for consultation without the relevant Prudential Guidance, it is not 100% clear how APRA envisages the new requirements to work.

There is also uncertainty about the timing of the first annual Outcomes Assessment. As the relevant legislation became effective in April 2019, arguably the first annual assessment needs to be completed within a year, so by April 2020.

Meanwhile, the prospective commencement date of 1 January 2020 for SPS 515 draws ever nearer.  The latest legislative and prudential requirements have changed significantly from the earlier versions. Trustees need to review their assessment framework to cater for these changes, including how to determine the comparable Choice products and what summary results of the outcomes assessment to make publicly available as required by the legislation.

Whatever final form the Outcomes Assessment takes, both regulators and trustees need to be flexible enough to recognise that not everything that makes an organisation successful can be captured in calculable metrics.

After Footscray’s members saved their Club from extinction in 1989, they became the Western Bulldogs and stumbled from moderate success to financial crisis over the following 25 years.  However, in 2016 they memorably won the ultimate AFL prize, the premiership flag, paid off a multi-million-dollar debt and consolidated their position as a permanent community focus for Melbourne’s Western suburbs.  Definitely a favourable outcome for their members!

27 May 2019 - When industry funds first came on the scene in the 1990s, the member contribution rate was three percent of wages and there was one investment strategy that ...

3 Apr 2019 - In light of the new KiwiSaver contribution rate changes, which came into effect on 1 April 2019, SuperRatings utilised their Net Benefit model to quantify ...