Super members have suffered their second straight month of negative returns and are now firmly in the red for the financial year as market volatility and political uncertainty weighs on market sentiment. Nonetheless, super members remain well ahead over the long term with $100,000 invested ten years ago in any number of funds still worth more than twice as much today. 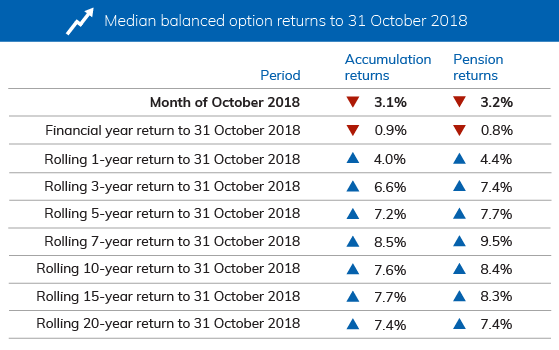 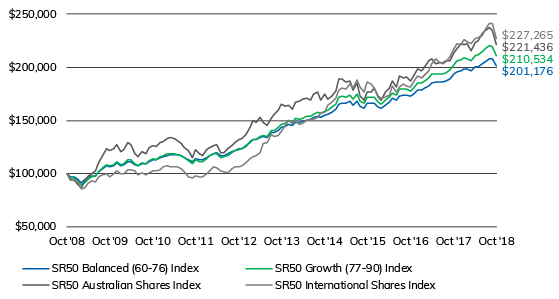 When considered over the longer term, the recent selling will not significantly diminish the stellar performance achieved by super funds over recent years. An investment of $100,000 in the median balanced fund 10 years ago would now be worth around $193,751 as at the end of September 2018. In the best performing balanced fund over that period, the same $100,000 investment would have doubled in value to $213,156. 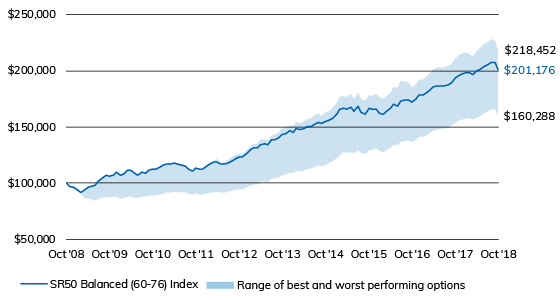 “The market rally gave way to a rolling bear market in October, and despite an attempted recovery, this month remains under significant pressure,” said SuperRatings Executive Director Kirby Rappell. “Investors are concerned that earnings momentum is slowing and that valuations, especially in some growth sectors, are too high. Add to this significant uncertainty globally, whether it’s renewed trade tensions between China and the US or the continuing Brexit saga in the UK, and it looks like volatility will be a more permanent feature of markets heading into 2019.”