Super members have escaped a fifth straight month of negative returns as market volatility turned in their favour over January, helping to claw back losses suffered in late 2018.

The latest data from superannuation research house SuperRatings reveals major fund categories all enjoyed strong growth in the first month of the year. The median return for the Balanced option in January 2019 was 2.5 percent, returning to members more than half of the losses suffered over the prior four months.

Members in the median Growth option enjoyed gains of 3.2 percent for the month, while those in either the median domestic or international equities option had returns of 3.4 percent and 4.5 percent respectively. The effect across all options has been to improve monthly balances after four months of declines, a particularly welcome outcome for those members approaching retirement. 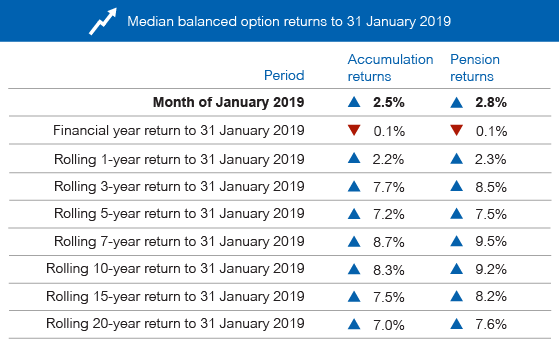 SuperRatings Executive Director Kirby Rappell believes the latest data is a reminder that it is long-term performance that matters for super members and they should not panic in response to a few months of negative performance.

“Volatility remains the dominant trend across markets at the moment”, said Mr Rappell. “However, this time volatility has delivered gains to super members and is a reminder not to panic in response to short-term market movements.”

“A number of factors worked in members’ favour throughout January, including efforts to diffuse the ticking time bomb of a trade war between the US and China. Markets also improved with the end of the longest US government shut down on record.”

Looking forward, super members are also likely to benefit from improved conditions in February to date. In particular, bank stocks have improved as the final report of the Royal Commission failed to deliver as much pain for the sector as many feared. 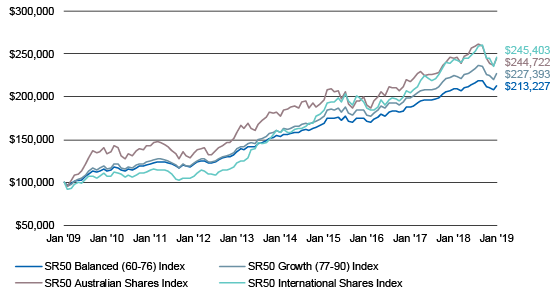 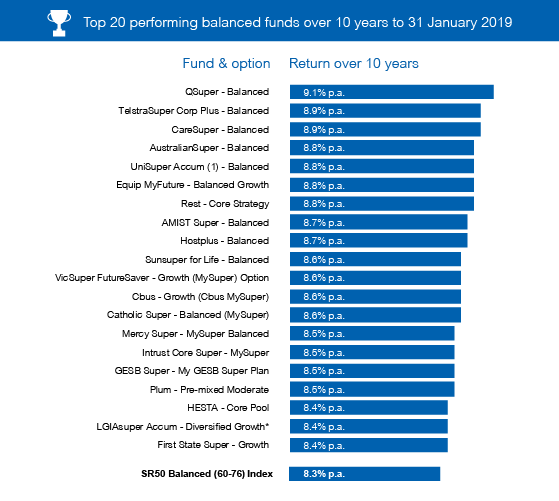